Tabarca, haven for pirates, pearl of the Costa Blanca
Paradisiacal beaches, crystal clear waters, a Mediterranean Natural Reserve seabed, and an unequaled charm of its people, its streets and its gastronomy that make a day in "L'illa" something more than just a simple getaway.
Off the coast of Santa Pola is the only inhabited island in the Valencian Community.

The island of Tabarca (Nueva Tabarca) is a small island in the Mediterranean Sea and is located about eight kilometers from Santa Pola , and more than twenty kilometers from Alicante . The island of Tabarca is a marine paradise that has been declared a Humanity Marine Reserve.
Originally, the Island of Tabarca attracted Berber pirates. To put an end to them, in the 18th century it was walled up and families of fishermen who came from the Tunisian city of Tabarka (hence its current name) settled there.
The fastest and cheapest way to visit Tabarca is through one of the colloquially known as “tabarqueras”, catamarans with a daily route every half hour between Santa Pola and the island, equipped with underwater vision that will make the journey last 20 minutes. become great fun for young and old. The hours of the "tabarqueras" 10:00 am to 8:00 pm from Monday to Friday for a price of € 15.- € the round trip per person.
In addition to the "tabarqueras" there are the so-called boat-taxis, which carry out for a somewhat higher price private trips between the port of Santa Pola and are not subject to regular schedules. 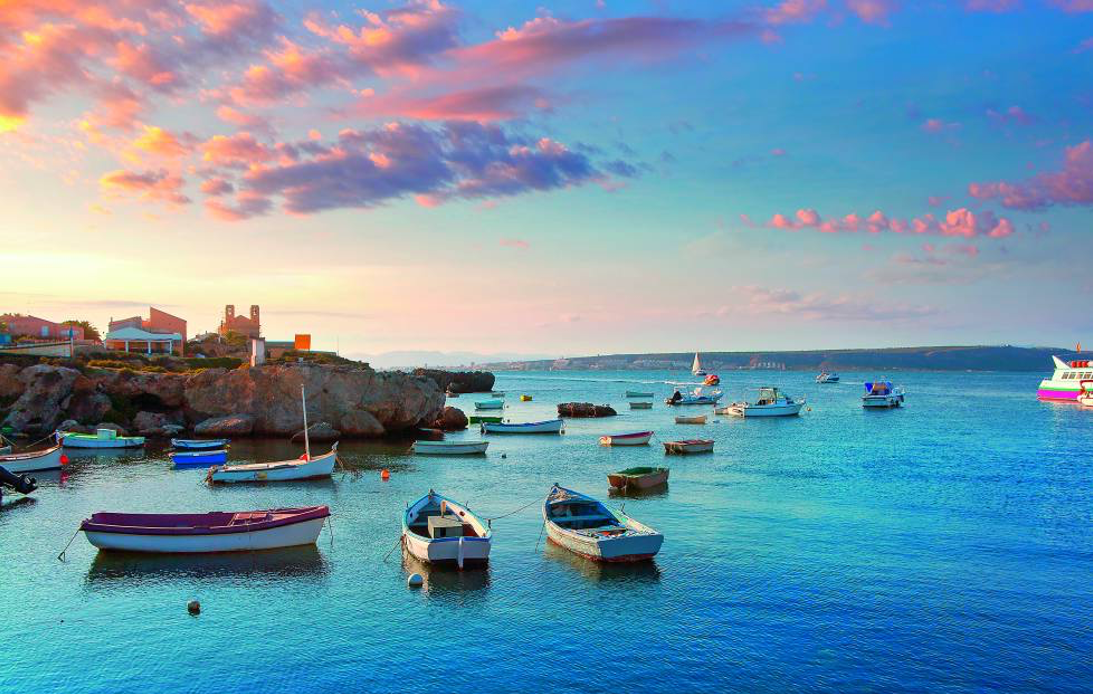 On the island of Tabarca
As soon as we get off the catamaran we can see its beautiful port with rustic boats. As we walk towards the town we find on the right the entrance to the walled town and the Puerta de Levante or San Rafael.
The walls that surround the town have been declared "Historic Artistic Complex and Asset of Cultural Interest". Its streets are beautiful to take a walk and (depending on the time of year and time) inspire a lot of peace. If you go through them you will find small handicraft and souvenir shops and some restaurants.
Walking towards the west of the island, there is another gate in the wall, the Puerta de la Trancada or Puerta de San Gabriel. This gate leads to a rocky area with small coves away from the crowd. 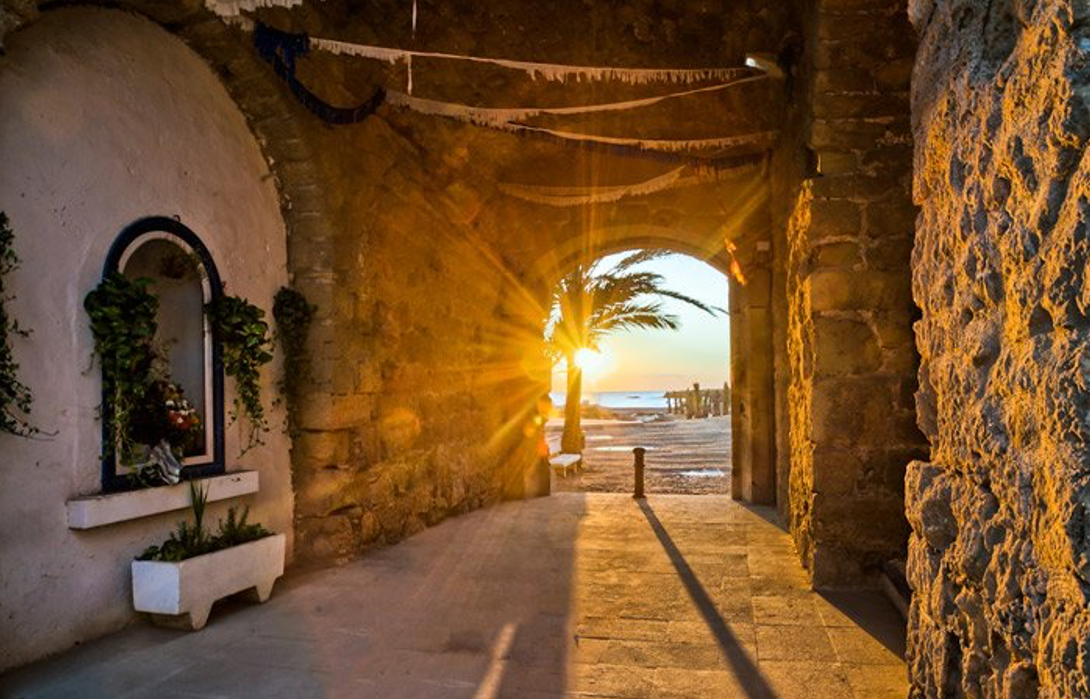 There is a third gate called Puerta de Tierra or Puerta de San Miguel, which is smaller and has an exit where the port used to be.
The other iconic buildings on the island are the Church of San Pedro y San Pablo and the Governor's House, which is now a hotel.
On the other side of the island, we find an uninhabited country area, without houses, without streets, with nothing ... the best way to disconnect from the real world. This is where the Torre de San José, the Lighthouse and the cemetery are located. The island in total is about 1800 meters long and 400 meters wide, therefore it is feasible to walk around its entire length.
Tabarca Beaches and Coves
Tabarca has 1400 hectares of Marine Reserve surrounding the island. There are many small coves and rocky areas where you can spend the day. It is advisable (well, I would say almost mandatory) to take your diving glasses and contemplate the seabed. Crystal clear waters and lots of marine life. Is beautiful. 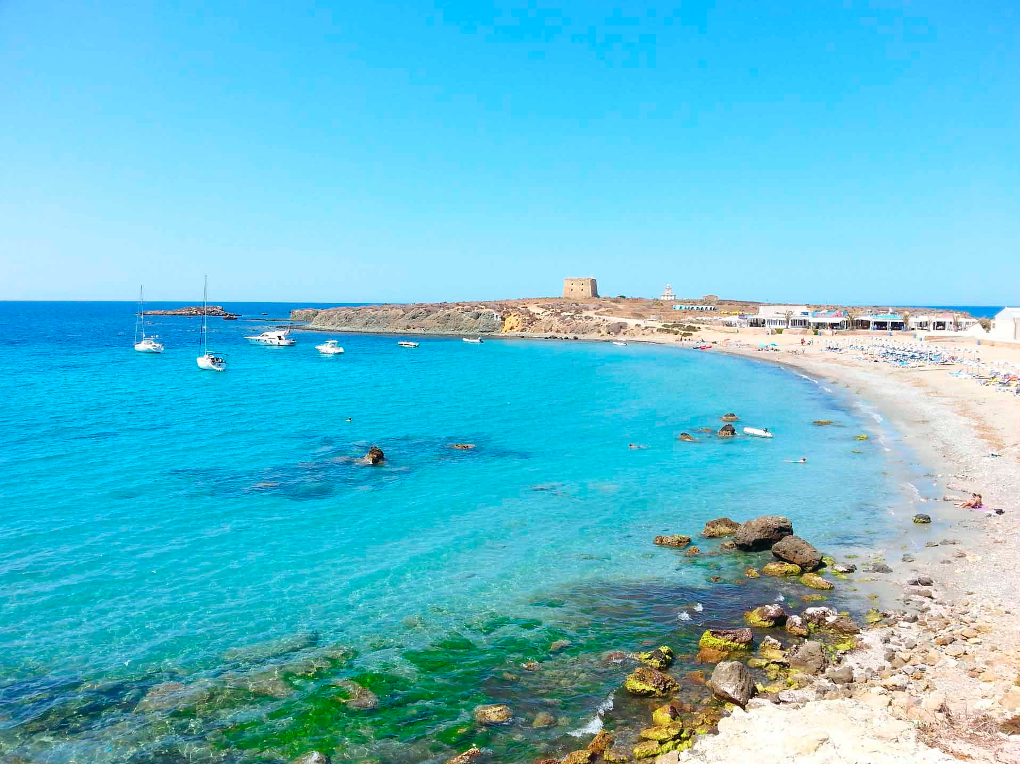 There is also a main beach of about 200 meters of stones and inside it has fine sand. Its water is also transparent but it is the most saturated on the entire island. There you can find hammocks and umbrellas for rent, scooters, beach bars, restaurants.
Gastronomy.
Without a doubt, the typical gastronomy of the island is one of the reasons for visiting the island and not wanting to return. Although it is true that on the island you can find an incredible variety of rice dishes and seafood, without a doubt the star of Tabarquian cuisine is the Caldero Tabarquino. An exquisite rice dish made with the best sea broth made from fish from the bay of Santa Pola. Rice is usually accompanied by a fish that is usually "chicken" made with a touch of "all i oli". Other varieties of cauldron accompany the rice with lobster or other varieties of fish but in any case exquisite to the palate, all of them such as black rice or dishes as typical as black rice or the typical paella, the most traditional recipe that you will not be able to taste it. better than on this island is the cauldron. 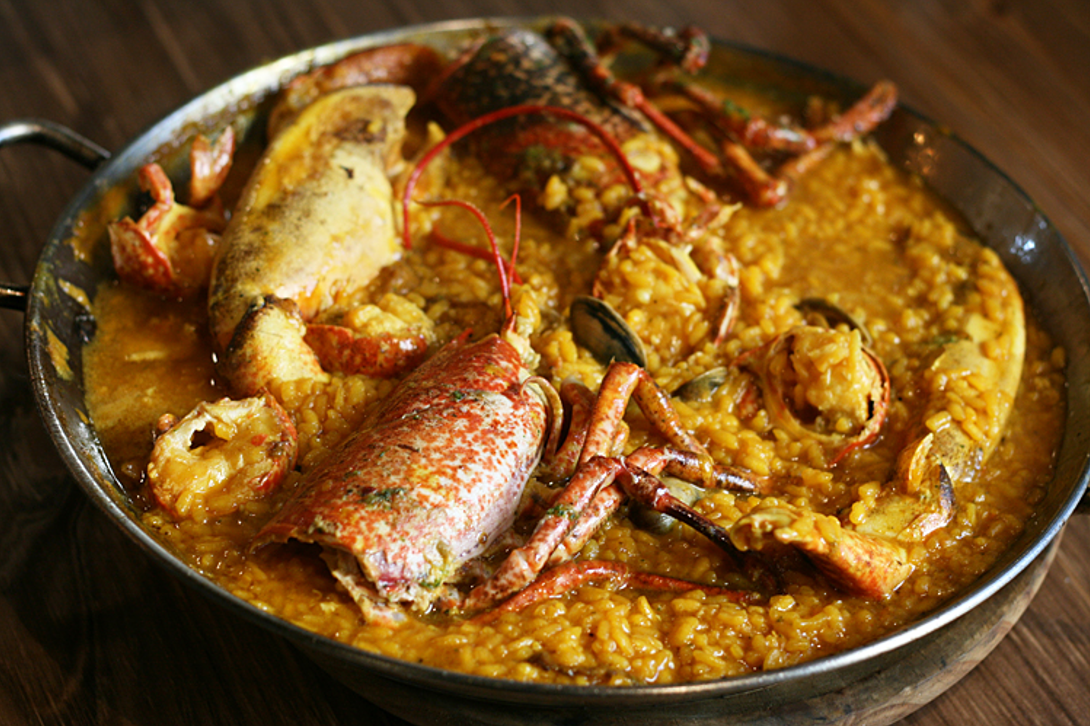 recommendations
* If you decide to take the catamaran in Santa Pola, go early and try to park in the streets near the port to avoid having to pay to leave the car in the port parking.
* There are few shady places on the island, therefore it is very important to bring sun protection and an umbrella (they can also be rented there).
* Indispensable to try the gastronomy there: tabarquino cauldron, seafood paellas, seafood.