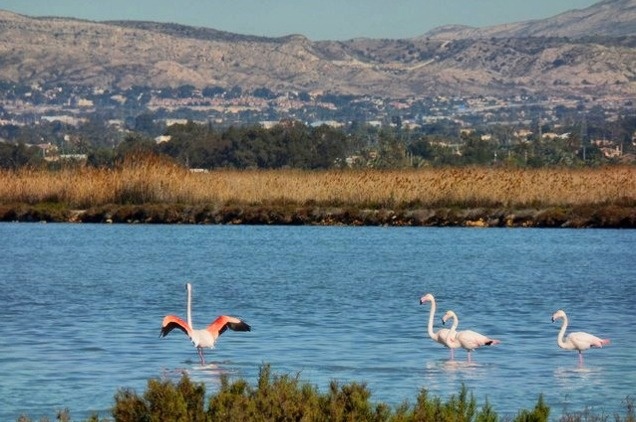 8 Magical places of Santa Pola
We would like to leave you this most interesting post by Adán Agulló on his blog Sendas y Leyendas in which he describes 8 places that you cannot miss on your visit to Santa Pola. Its magic will captivate you.
1. Las Salinas.
They are declared as a natural park, a special protection area for birds (ZEPA), a place of community interest (SCI) and, in addition, are included in the RAMSAR list of wetlands of international importance. They have 2470 hectares, in which numerous species of birds can be observed. In addition, in the middle of the salt flats is the Torre del Tamarit (16th century watchtower).

Flamingos in the salt flats of Santa Pola.
2. Palmeral Park.
Inside the park we can see the remains of a luxurious 4th century Roman house, some of whose amazing mosaics have survived to this day. 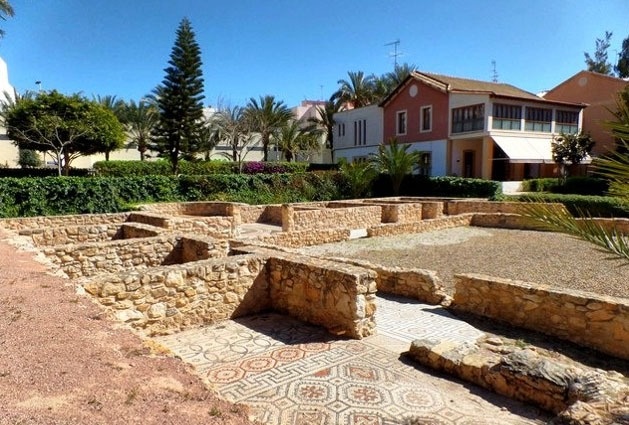 Roman house in the Palmeral Park (Santa Pola)
3. Castle-fortress.
It is located in the center of the city, opposite the busy roundabout, and within walking distance of the food market and the fishing port. Dating from the 16th century, it was used as a Town Hall, a hospital and, occasionally, as a bullring. Different families lived inside it until 1967. 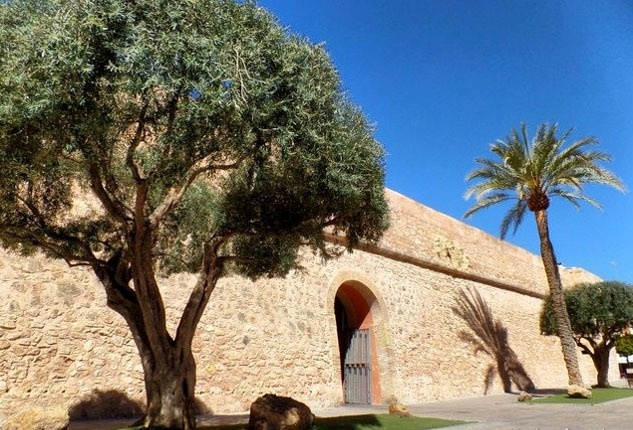 Castle of Santa Pola
4. Hermitage of Calvario.
It is located in one of the highest areas of Santa Pola, in whose neighborhood the aforementioned families who lived in the castle were relocated. The current hermitage, with Arabic airs, dates from 1944. 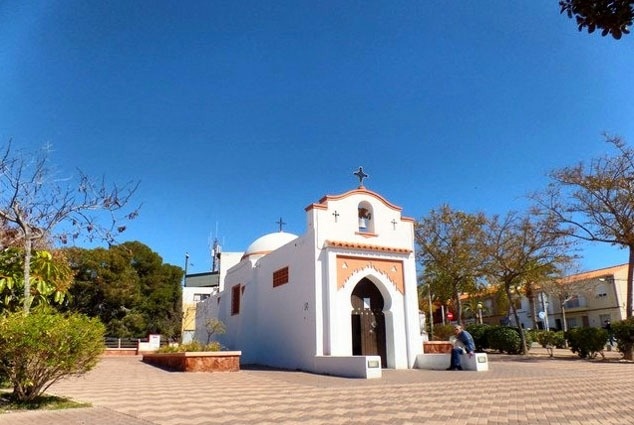 Hermitage of Calvario (Santa Pola)
5. Paseo Marítimo (Av. Santiago Bernabéu).
From the coves of Santiago Bernabéu there is a pleasant panoramic view, towards the southwest, of the bay of Santa Pola. On clear days you can see the islands of La Manga del Mar Menor (Region of Murcia). 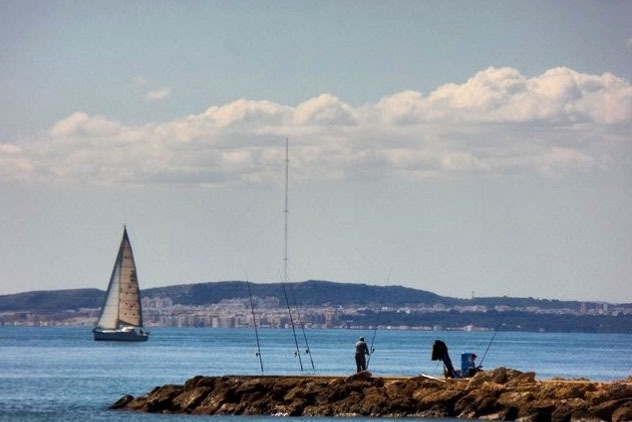 View from Santiado Bernabéu avenue (Santa Pola). In the background, Guadamar del Segura and the antenna.
6. Port.
Next to the fishing port there is a boat-museum where the traditional way of life of the fishermen of Santa Pola is disclosed. 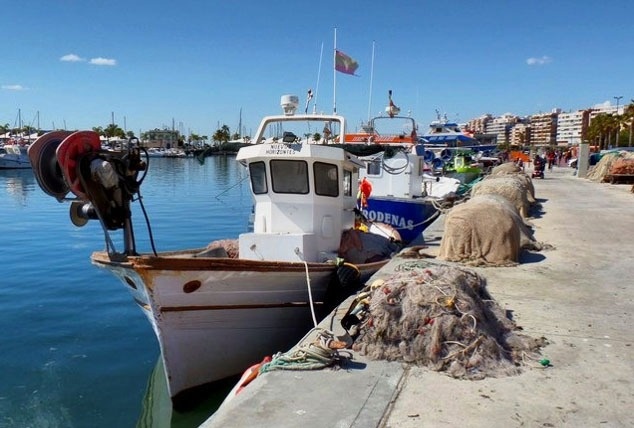 Fishing port of Santa Pola.
7. La Gola beach.
It is the beach located more to the west of Santa Pola and in this there is a reproduction of the old Muelle de la Sal, that is, the old wooden dock from which the salt was embarked. Also, there are some casemates (or bunkers) in the environment. In summer it is common to see countless athletes practicing kitesurfing. 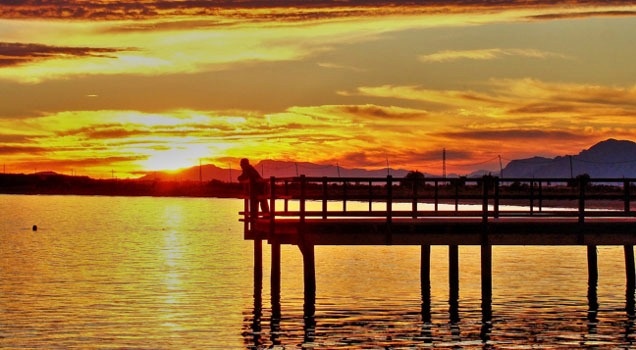 Muelle de la Sal (2009 image).
8. Cape of Santa Pola
It is an incredible fossil coral reef at the top of which is the current Santa Pola lighthouse, erected on an old coastal watchtower from the 16th century. From the cliffs next to the lighthouse you get an incredible panoramic view of Tabarca and the bay of Alicante. 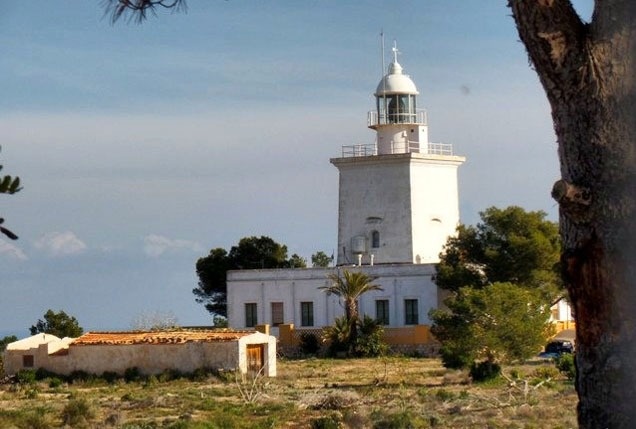